Matching and almost losing your underpants at the Lincoln Memorial: A Step-by-Step Guide

As serendipity would have it, we’d planned to be out of town this weekend with some friends in our nation’s capital, which I must say is a great way to distract yourself from a quiet, kitty-free apartment for a few days. So, we made our way down to DC for what we assumed would be more low-key, kid-appropriate fun since we were traveling with eight adults and five children between the ages of 9 years old and 3 months. I mean, we’re a little older, wiser, more mature now, and so we were basically planning on seeing monuments and educating ourselves on fun, historical quotes about war. You know, setting a really good example for the impressionable minds of the youth among us.

But then we got together and gave the kids junk food and drank lots of wine and ended up wearing matching, glow-in-the-dark t-shirts all the way to the Lincoln Memorial. Exactly as we all remember family vacations from our childhoods, right?

To be fair, we’re a good time and those kids love us. Also, when we get together we sometimes like to match and call it “Friendapalooza.” However, we typically have actual Friendapalooza t-shirts made for the occasion (obviously), but since this was sort of impromptu and involving children, I think we thought for a minute that we weren’t us and wouldn’t need to match.

We were so wrong.

Now, I must admit that there are some in the group who, on the surface, appear to be against matching.

Shockingly, Courtney and I didn't listen to them and so, by the time we got out of the Air and Space Museum, we were like “Wait, we’re not matching. How did this happen?” And we started bartering.

Also, when I say “we,” I mean “Courtney,” since I went to two t-shirt stands and was like “How much are the awesome, glow-in-the-dark tshirts with moustaches and sunglasses?” and the guy was like “Eight dollars.” And then I attempted to do math for 12 people (the three month old got a pass) and got tired and went back to the group and was like “I think eight dollars sounds like a lot of money to spend on something only two of us want.”

They agreed and begged us to keep walking and so Courtney was like “Let me handle this.”

Again, it’s possible that we dragged her nine year old with us for the cute factor, and she proceeded to get 12 t-shirts for six dollars a pop. Also, theoretically she was about to get the kids' t-shirts for five dollars, but when the guy was like “Yeah, I don’t think I can go that low” and Court was about to bring her power of negotiation, I was like “Ok! No problem! We’ll take them all for the same price.”

Courtney: “Um, next time don’t interrupt me when I’m negotiating. It doesn’t help to be on his side when I’m trying to save four whole dollars.”
Me: “But I felt bad.”
Courtney: “And that’s why you were about to spend eight dollars on a three dollar t-shirt.”
Me: “But they’re the best.”
Courtney: “They really are.”
Me: “Everyone else is going to be so excited!”

Cut to three minutes later when we started handing them out to the rest of the gang:

(future Mother of the Year?)

And then this happened. 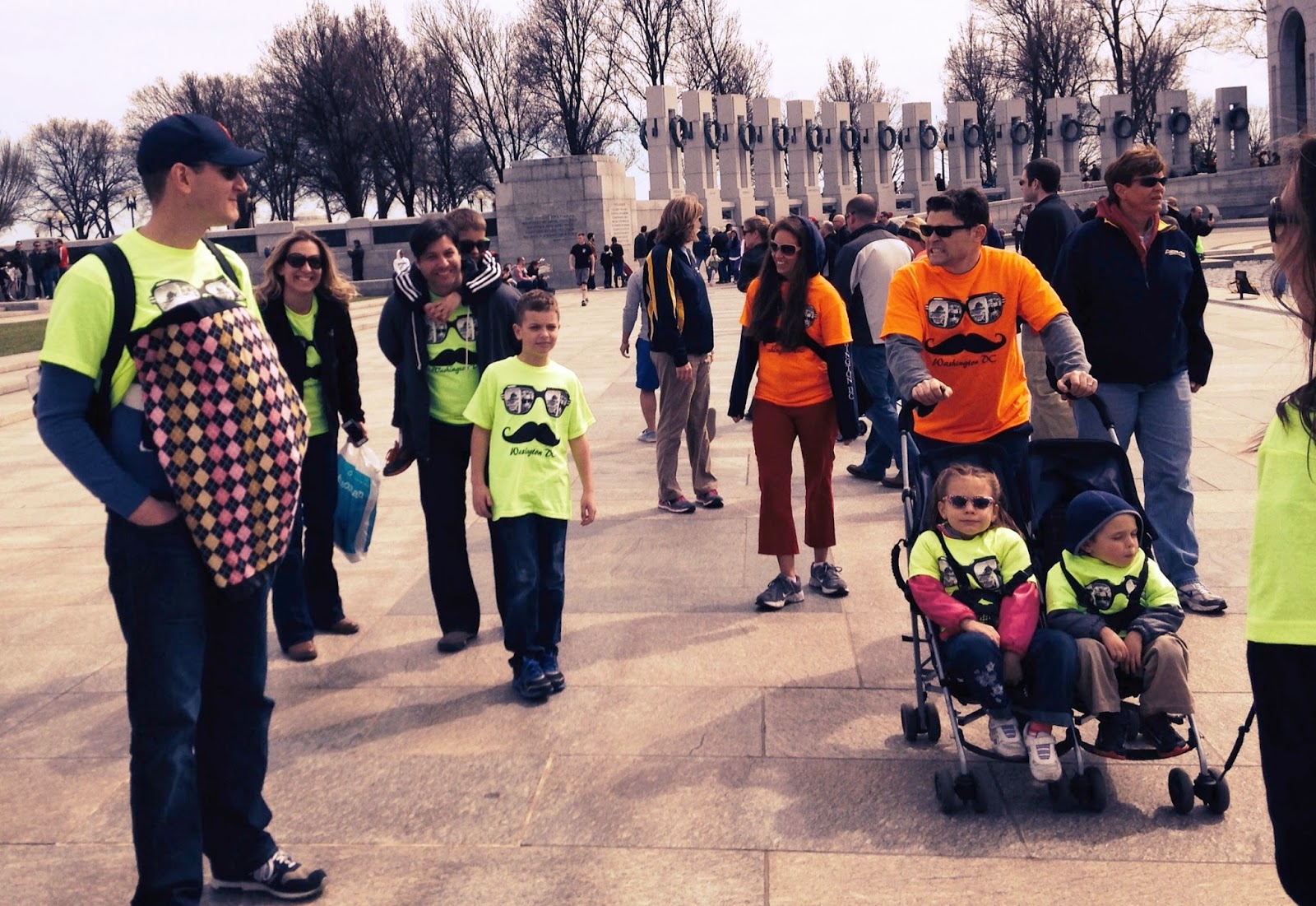 However, as happens with most interactions concerning me, by the end of our afternoon, on the steps of the Lincoln Memorial, every single person in our group was invested in how exactly my underpants had found themselves planted firmly against my upper thigh and not, you know, where underpants should be.

Matt: “There is something called ‘elastic’ that goes in underpants. You should try that.”
Courtney: “If you make me touch your weird underpants line one more time, we’re not friends anymore.”
Beth: “I feel like this topic is discussed a lot for one person. Seriously, you are wearing the wrong size.”
Mike: “How is this a thing that happens to you all the time?”
CB: “Is it too late to run?” 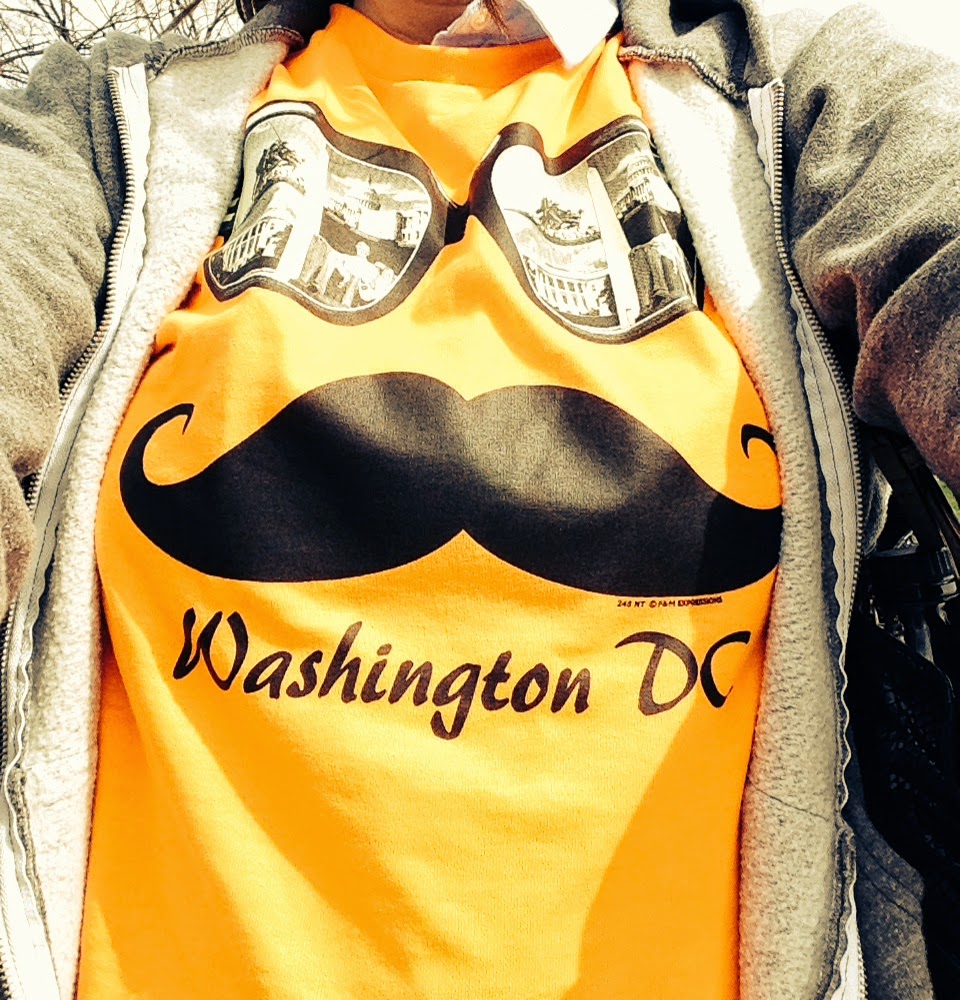