So I’ve said it before and I’ll say it again – I don’t really feel like an adult. And I don’t even mean that to imply that I feel like a child, because I don’t feel that way, either. I mean, I go to work, I pay rent, I buy all of my own things and even listen to NPR news each morning like only an adult would choose to do. I’m grown.

However, I still call my parents to ask them questions about all sorts of things, ranging from what mysterious illness I think I might have at any given moment to whether I can use dish soap in the dishwasher because I’m too lazy to go down the block to buy more.

Actually, that last part is a lie – I didn’t call my parents for that. Instead, I mentioned that it was my actual plan to CB and he was like “you absolutely can’t do that. My dad did that once and the kitchen filled up with bubbles.” So I’m guessing his dad doesn’t always feel like an adult either?  However, we learned the lesson by watching an adult do it, and so that’s almost the same thing as just calling and asking, I figure.

Anyway, I had another “we’re not adults” moment yesterday when we went to the nursery to check out what we’re using for our centerpieces and decided, while we were there, that we should try to finally grow something in the empty planters we’ve had on our balcony for a year.

So as we wandered around, we happened upon some pepper plants, which seemed like a natural thing for us to grow since we use peppers to cook with all the time. However, did you guys know that you can’t plant certain things next to other things? Like, apparently if you plant mint next to, say, a rose bush, the mint will try to attack the roses and there will be all out plant anarchy. Or something.

I did not, however, know this. CB did, but that’s basically because we’ve established that, in this partnership, he’s in charge of knowing parental-type things like that so our future children have someone to call when they’re panic-gardening 30 years from now.

Me: “Wow, I know nothing about this. I literally have never grown or planted anything. The only thing I kept alive, other than myself, was Oliver. And he was sort of self-sustaining.”
CB: “I don’t really know very much, either.”
Me: “But you knew that I should Google whether we could plant peppers next to basil!”
CB: “So me knowing that we should check Google is the bar we’re setting?”
Me: “Well, I just picked that flowering plant for the balcony because it had pink petals. So…yeah. I mean, it could be poisonous for all I know.”
CB: “It’s a perennial. It’s not poisonous.”
Me: “See! You totally know about gardening.”

However, the reason this marriage is going to work is because I was wise enough to realize we needed accessories.

Me: “Should we get that cute little gardening tool?”
CB: “I’m pretty sure we don’t need a gardening tool like that to plant three peppers and some basil.”
Me: “We do. And also I think you need gloves.”
CB: “Just me? You don’t need gloves?”
Me: “Ha! It’s funny that you think I’m having any part in the planting. You definitely don’t want me involved in that. I’ll be in charge of aesthetics, you be in charge of labor. Deal?”
CB: “Do I have a choice?”
Me: “And I’ll be in charge of cooking with the peppers and basil and feeding you if you promise to water them and keep them alive because I’ll definitely forget and they’ll die.”
CB: “Yeah, that seems fair. Deal.”

So if you have any tips for us, green thumbs of the blogosphere, feel free to share them! Unless it’s to tell us that we can’t plant peppers next to basil. Because that ship has sailed and I’m planning our meals for the fall around our “I hope we don’t kill what we just bought!” strategy. 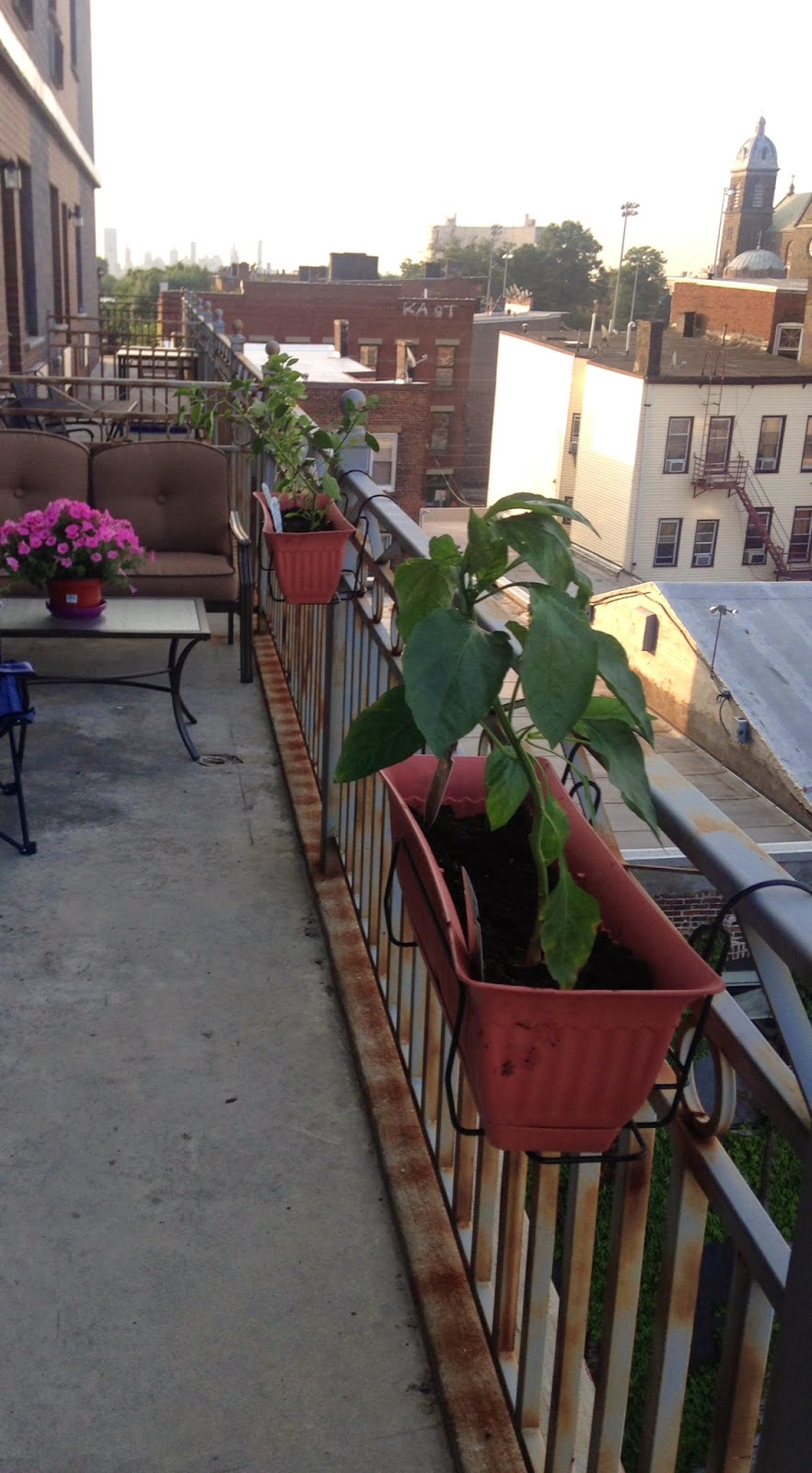 Happy Monday!
Posted by Becky at 9:10 AM