The other day we were watching "Karate Kid" and a commercial for "Titanic" came on.

Uh, I got the confirmation email this morning from a very nice woman in Bali who has organized our snorkeling excursion while on our honeymoon. It included the following sentence:

So obviously I sent an email to CB. The subject line said: "Um....." and then it was this screenshot. 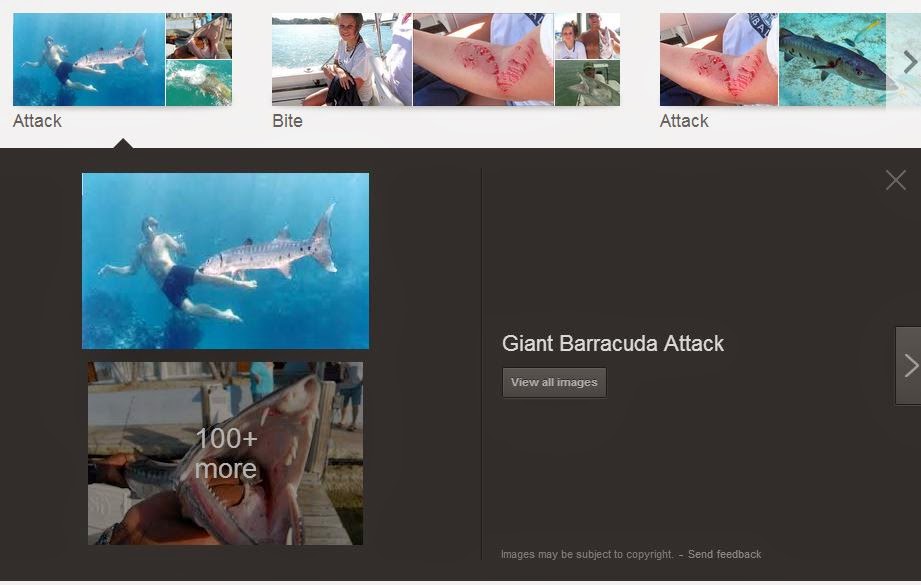 While reading said email and simultaneously watching a terrifying clip on "Good Morning America" about a shark attacking a sea camera:

Me: "Um, it's like the universe is trying to terrify me out of enjoying our honeymoon."
CB: "You do a pretty good job of that on your own. You'll be fine!"
Me: "Um, the shark attacked a camera. It'd totally attack me."
CB, while walking out of the room: "There won't be any sharks."
Me: "But 'giant barracudas' sounds like a good time! They have teeth in front of their face!"

Me: "And did she have to use the word 'giant'? I mean, 'barracuda' would've been sufficient."