On how I became the newest member of the female Fight Club.

I didn’t grow up in the kitchen. And by that, I don’t mean that we didn’t, like, have a kitchen, just that I was never that kid who grew up wanting to learn all of the great recipes my mom and dad would make each day. Also, I’m pretty sure that this became apparent when my friend Andy had to teach me how to “make” boxed Kraft macaroni and cheese during my JUNIOR YEAR OF COLLEGE.

However, when I started dating CB, I quickly realized that it was sink or swim time. Because, for real, his whole family and extended group of friends are like professional Barefoot Contessa’s who wear shoes and aren’t all Italian.

Anyway, as the months wore on, I started to get a little bit more comfortable in the kitchen, making various recipes from my mom and the Food Network, and only really having one incident where I may or may not have cried over a ruined pot of fried chicken. However,  while I was figuring out how to chop an onion without slicing my finger off and realizing that there was more to cooking than boiling water, my female contemporaries in CB’s group of friends and family were on their fifth year of Dinner Club.

And yes, before you even ask, the rules of Dinner Club are quite similar to those of Fight Club, except I can totally talk about Dinner Club AND I can leave my shirt and shoes on. 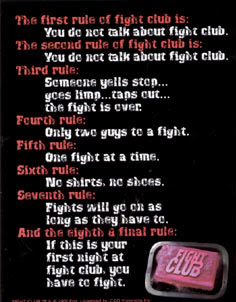 Anyway, I’d been hearing about Dinner Club for years now, and every once in a while I would overhear conversations by the girls who talked on and on about the delicious meals they had at dinner club, how they had the perfectly paired wine, and what fun it was. And then, inevitably, they’d talk about something all but I knew about and would be like “How did you not know that? We talked about it at dinner club!” and then I’d be all like “Um, I’m not allowed to come to dinner club because I sometimes put ketchup on my egg noodles.”

And then they remembered why they hadn’t yet invited me and we’d all enjoy a long, pregnant pause and move on to another less controversial topic.

So this little dance got quite familiar, and it even got to the point where these conversations would happen with CB.

Me: You know, it’s probably best that I’m not a part of Dinner Club anyway.
CB: Why is that?
Me: Because it sounds really stressful to have to cook for seven other people.
CB: Yeah, but it’s only your turn about once a year. You could totally do it.
Me: Nah, it’s cool, I don’t even really need to be part of it anyway……..

And then I’d wait for CB to contradict that last statement, but then I’d realize that he had moved on to playing Ruzzle on his phone and so I’d continue to tell myself that being part of a club where you eat delicious food and hang out with your friends didn’t sound like something I’d ever want to be a part of.

I mean,  I don’t know if it was the fact that they realized that I may actually be sticking around for the long haul, or whether I’ve cooked for enough of them individually by this point that they feel relatively certain that they probably won’t get some foodborne illness. Either way, the collective group of them decided that it was time to add their eighth member.

Kind of like a boy band, but with way less dancing and infinitely better snacks.

However, in true Becky fashion, I almost completely missed the invite altogether. You see, they invited me to come this month, and so I figured it was possible that they may be like “So you can go ahead and just come every month now, having an even number of people works better anyway.” But I wasn’t 100% sure.

So as we’re all sitting around eating, one of the girls takes my glass to re-fill it and when she brings it back to me, there’s a purple ribbon tied around the base. Obviously I just assumed that it was my glass identification ribbon so that nobody else would take my Pinot, and continued eating.

But as I glanced around at everyone else’s glasses, I realized that I was the only one with a GIB, and so maybe there was more too it?

So finally I picked it up, read the tag, and said “Eh, no thanks.”

And then immediately took it back so my invite wouldn’t be revoked because I definitely like talking, eating, and drinking wine, so this is for sure the club for me.

Needless to say, I have a feeling that Dinner Club will offer some pretty good blog fodder, and there’s not a small part of me that thinks that may be why at least some of the girls agreed to my presence. I mean, me + any club + having to cook + wine = you all feeling better about your lives.

You’re welcome. (and thank you, girls!)

Happy Wednesday!
Posted by Becky at 9:21 AM